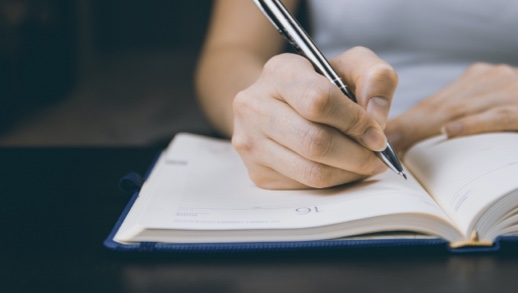 Sentiment pen project is to investigate the possibilities of emotion recognition via daily life activities – writing and drawing. The proposed concept exemplifies how a digital system could recognize the emotional context of the interaction.

Handwriting is a widespread example of such an activity. Handwriting is a traditionally non-digital way of recording information and conveying it to others. With the advent of the digital era, digital pens or styli allow users to digitize their writings and drawings instantly and store them on their digital devices. Digitized handwriting gives us access to precise handwriting data without requiring computer vision. Every stroke’s data can be recorded and emotion-related features can be extracted as the user writes or draws. We discuss our approach to emotion recognition and the underlying neuro- physiological mechanisms of handwriting (e.g. autonomic nervous system, muscle memory ).

We collected labeled data where participants were asked to perform simple writing tasks after being exposed to a series of emotionally-stimulating video clips from The Emotional Movie Database (EMDB) one set of four clips per quadrant on the circumplex model of emotion. The user-independent Support Vector Classifier (SVC) built using the recorded data shows up to 66% accuracy for certain types of writing tasks for 1 in 4 classifications (1. High Valence, High Arousal; 2. High Valence, Low Arousal; 3. Low Valence, High Arousal; 4. Low Valence, Low Arousal).

Excluding stroke start and end time we analyzed the remaining 40 features in order to test whether there is any relation between the handwriting features and the self-reported emotional state of the participant recorded using the SAM. In order to do this we used the C-Support Vector Classification (SVC) from scikit-learn library with valence, arousal and dominance ratings as labels. In order to select the most promising features we have calculated the Gini Importance for each feature for each of the three tasks separately. Then selected and combined top 10 features from each of the tasks.

This project is supported by JST CREST program.